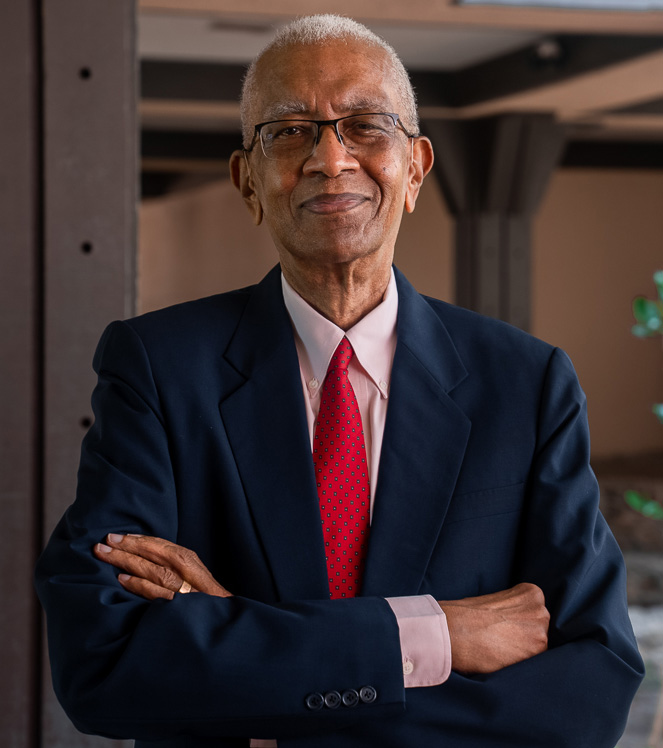 “Exemplar of leadership, meticulous guide, quiet force for excellence” – these are the words chosen by University of the Virgin Islands (UVI) President, Dr. David Hall, to introduce Alexander Moorhead at UVI’s 57th Commencement Ceremony. Over the last two and a half decades, few have dedicated more personal time and interest to the advancement of the University than Moorhead. Having served in a voluntary position in various capacities on the UVI Board for 24 years until his retirement in 2020, Moorhead was a steady force of progress, bringing discipline, strategic thinking, integrity and absolute commitment to the post. In June of 2020, the UVI Board of Trustees granted Moorhead the status of Board Chair Emeritus in recognition of his long and distinguished service on the Board, during which he served both as chairman and vice chairman. In May 2021, he was awarded an Honorary Doctorate of Humane Letters during the commencement ceremony.

“Alexander Moorhead provided the Board and committees the benefit of his vast experience from his work in the private and public sector as well as his knowledge of higher education,” says Dr. Hall. “He was the most meticulous Board member and leader whom everyone relied upon for excellence and leadership.”

“Alex was always wrapped up in UVI and believed that higher education was so critical for the future of the Virgin Islands,” says UVI Board Chairman Henry Smock, who served on the board with Moorhead for 23 years “He has the unique ability to think strategically and plan ahead while also concentrating on the details. He really helped to keep me focused on what was important with University affairs.”

Elected to the Board of Trustees for UVI in March 1996, Moorhead served continuously until May 2020. He was re-elected every five years to serve as a member for five terms. During his long tenure, he served under three University presidents and as vice chair for 16 years. He served as chair for five years. While on the Board, Moorhead served on the Audit Committee, Building and Grounds Committee, Finance and Budget Committee, Governance Committee, as well as two Presidential Search Committees, and participated in and supported numerous key initiatives and projects of the University. By virtue of his position as the Chair of a Committee, he served on the Executive Committee of the Board for 24 years.

Moorhead’s colleagues reflected on his leadership, his contributions and his legacy which have helped to position the Board to successfully address the challenges ahead. Fellow Board member Edward Thomas emphasizes, “If you would like to understand corporate governance you must sit at the seat with Alexander Moorhead.” Under his leadership, Thomas recalls, Moorhead kept meetings moving smoothy and ensured everyone was well prepared and knowledgeable of the topics to be discussed. “He was meticulous in his work, very demanding of all of us and adept at getting decisions. He approached his commitment to UVI with the same fiber as he did his regular job.”

Trustee Emeritus Jennifer Nugent-Hill recalls, “When I think of a man of integrity, I think of Trustee Alexander Moorhead, a most dignified and respectful gentleman, whose culture of personal accountability inspired me to do the highest and best work as a fellow Trustee.”

Gail T. Steele, UVI liaison to the Board of Trustees says, “Trustee Emeritus Alexander Moorhead is the epitome of what a trustee should be to serve on a governing board of an institution. He researched matters, explored the financial implications and provided strategies before making decisions that would affect the University.”

Born on St. Croix, Moorhead holds a Bachelor of Arts Degree from Moravian College and a Master’s in Public Administration from Harvard. Elected to three terms in the Legislature of the Virgin Islands, from 1971 to 1976, Moorhead served as a Senate Minority Leader. He was employed by the V.I. Water and Power Authority from 1977 to 1979, first as director of Management Services and later as deputy executive director, the number two position in that public utility. After earning his master’s degree in 1980, Moorhead was hired by the Hess Oil (later HOVENSA) refinery on St. Croix, and served as HOVENSA’s vice president, Government Affairs, Community Relations and secretary until his retirement in June 2010.

Current UVI Board vice chair, Oran Roebuck, who was on-hand at the commencement ceremony to vest Moorhead with a graduation hood says, “It was truly a privilege for me to work alongside Trustee Moorhead over the years; he was very instrumental in my development as a Trustee and fostered discipline and passion for executing our fiduciary duty with the highest ethical standards. Trustee Alex Moorhead leaves big shoes to fill, but he has pointed us in the right direction.”