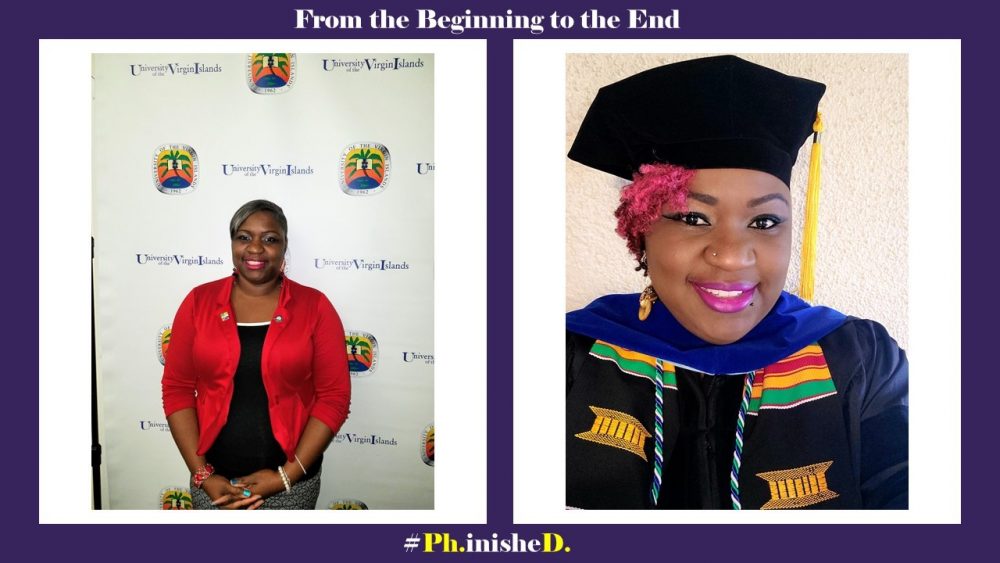 Dr. Shamika Williams is wasting no time putting her education to work. With the Doctorate in Creative Leadership for Innovation and Change, and a concentration in Educational Leadership for Change, that she will receive at the University of the Virgin Islands (UVI), Williams is already applying what she’s learned to her role as the State STEM Director at the VI Department of Education.

“I want to use all of my training to educate students in the Virgin Islands,” she says.  “Although I am moving more towards leadership, I am still an educator at heart.”

Williams’ doctoral dissertation on STEAM education examined the benefits and opportunities that exist in STEAM, which stands for science, technology, engineering, art and math. Not only is Williams an advocate for STEAM, but she also believes in a more holistic approach to teaching and learning that encourages students to become smart, creative, competitive and compassionate citizens.

Williams began her own education on St. Thomas, graduating from Charlotte Amalia High School. She earned a Bachelor of Science in Biology at Xavier University, Louisiana and a Master’s degree in Forensic Science at the National University, California. She considered medical school for a while, but ultimately ended up in education receiving certification as a secondary teacher. “I found my purpose in education,” she remarks.

In 2001, Williams began working as a science teacher at Ivanna Eudora Kean High School (IEKHS) where she taught for more than 13 years. In 2013, she received the Presidential Award of Excellence in Mathematics and Science earning the chance to meet President Barack Obama.

In 2015, Williams left the classroom to pursue other positions within the Department of Education where she was the program manager for a grant that provided opportunities for teachers and paraprofessionals to further their education. Since 2016, Williams has served as the State STEM Director. “It’s important for me to assist leadership in effecting the change necessary to improve student and employee achievement. They go hand in hand,” she says.

As a member of the first cohort in UVI’s Ph.D. program, Williams joined four other female students, calling themselves the “Lady Doctors.” “I was happy to have been among the first students in the program and it was critical to have a circle of friends,” she says. “I would definitely recommend the program. Hats off to the professors in the educational leadership track. They ensured whatever we needed to succeed was accessible.”

Williams dedicates her degree to her sons, family and friends.