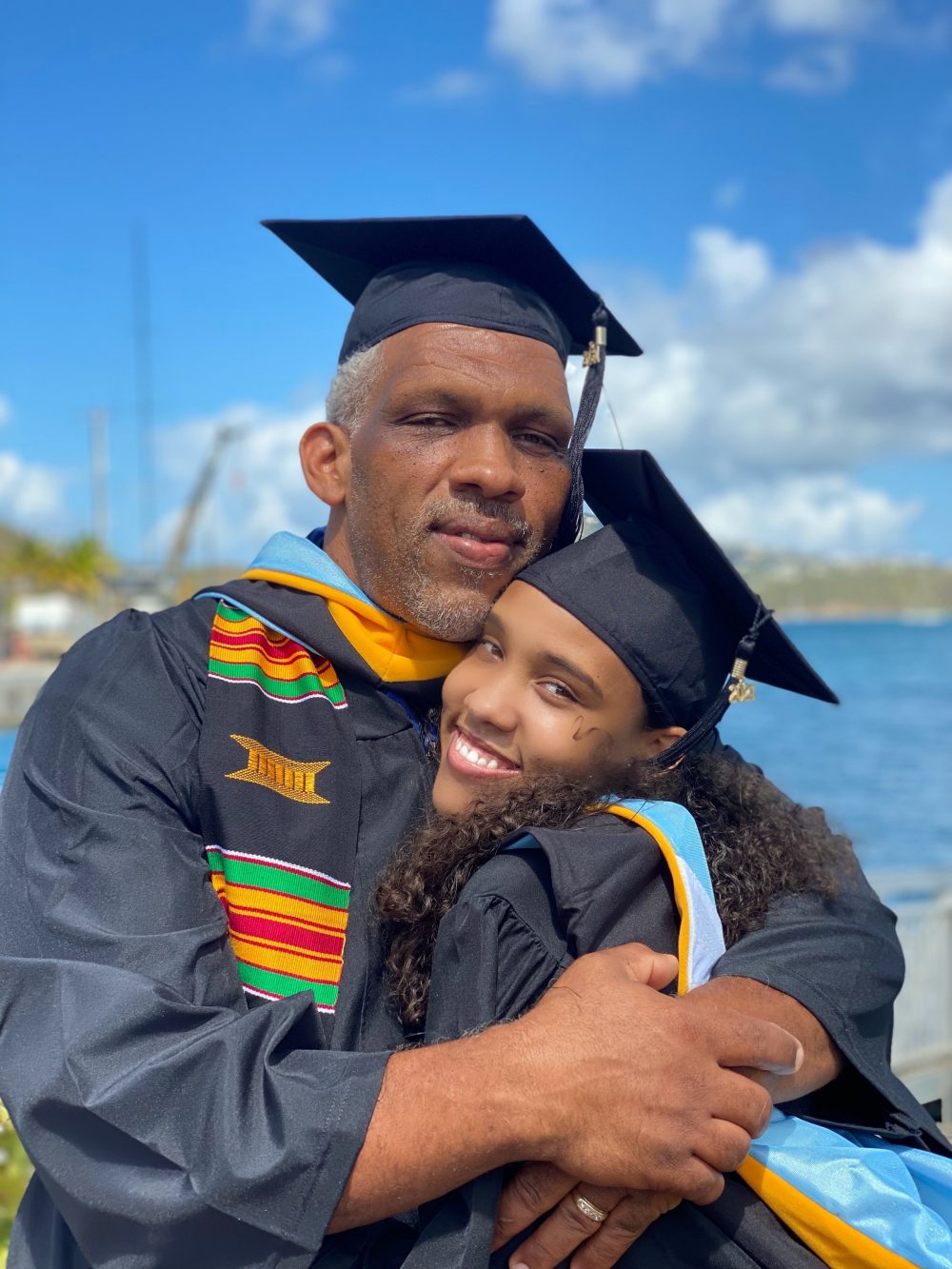 According to Kerry Harrigan, his daughter Kerrina “has always been a daddy’s girl.” Still, he could not have imagined she would follow so closely in his footsteps. This May, Kerry and Kerrina Harrigan will graduate together from the University of the Virgin Islands (UVI), each earning a Bachelor of Arts Degree in Criminal Justice.

The father and daughter pair say they didn’t really plan it that way. Kerry, who is a 26-year veteran and Lieutenant in the VI Police Department, had already earned an Associate’s degree in Criminal Justice in 2009, but wanted to pursue a higher degree. He started working on his bachelor’s at UVI, but then paused for a while. Kerrina, whose mother is also a police officer, says she chose the field of study not because of her parents, but because she personally found it interesting. When Kerrina enrolled in UVI in the Fall of 2016, Kerry decided it was a good opportunity to finish up his coursework. At the time, they did not realize they would end up finishing together.

“It’s really special to graduate together,” says Kerrina who enjoyed the experience of going to college with her dad. “It was nice to have someone in the class I already knew and to work on assignments together,” she said. “Overall, the experience was very good,” said Kerry, admitting that he may have been a little overprotective of Kerrina at times. He says there was “no competition” when it came to grades. Kerrina was always a very good student.

Kerry spoke of the challenge of juggling work, school and family responsibilities. However, he says he loved online learning and being able to work at his own pace. “The coursework really helped me to grow on the job especially as a public speaker,” he says. Compared to past college experience he says, “UVI professors tend to take more time with students and are interested in their wellbeing not just academics. Dr. Sheena Walker, UVI assistant professor of Psychology, was always a great help to everyone.”

Kerry and Kerrina also praised other professors including Dr. Patricia Hawkins-Pierre, Professor David Edgecombe, Professor William Curtis and the late Professor Gene Emmanuel. “I remember Professor Emmanuel really encouraging me to continue and not to quit. Looking back, I would do it all over again.”

Leading the Way - Xuxa Garroden Calls on Classmates to Make an Impact Previous post
“What The Trunk Couldn’t Do, The Branches Must Do.” Next post